Rafael Schilt has matured to one of the most promising Swiss Tenor Saxophone players. Already in 1998 and 1999 he was part of the Swiss Youth Jazz Orchestra where he played with legends like Benny Golson and Buster Williams.

After studying at the conservatory of Luzern with Nat Su and Kurt Rosenwinkel he founded his own group "Leafar" with Samuel Rohrer, Wolfgang Zwiauer and Nat Su.

Also he has worked with Jean Paul Brodbeck`s group "Brodbeck`s Playground", with bassist Peter Frei`s "Three Trios" with Collin Vallon, Michael Zisman and Dominic Egli and with many other groups as a sideman.

He has been touring in Switzerland and Europe with various groups.

In 2004 he received the Friedel Wald award. In 2012 has received a six month studio scholarship in New York sponsored by the city of Zürich. 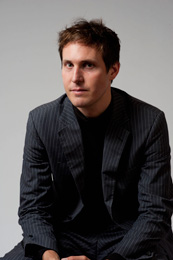